oh, is it wednesday again? it sure is. wow, time is really passin’ by. with light speed. as you might have figured out already that we do not usually release articles on the middle of the week, because it is the middle of the week, there are of course a few exceptions that we love to publish. one of them: one of our newest add-ons to the solar-site: the ‘Intriguing Interviews’-anthology.
the series that is one of our dearest, can be seen as something more personal. personal, due the fact that we concentrate on this part on the creative mind, the progress behind the melodies that you hear & the bass lines that you’re dancin’ on.
talkin’ about creative minds, we’d like to focus on our guest on this chapter, the man who loves to experiment, whether if we’re talkin’ about dark templates with colorful melodies or succulent synths that have been fused with drums to mesmerize your fingers, toes, hands & feet. the producer with a knack to entertain us from every release that we have heard since then: minsk-native & cyberpunk-aficionado ‘NEW FEAR’.
stumblin’ over this talented guy with a tiny help from our colleagues from ‘CVLT’, we were intrigued on what we got our hands on: the release that has been out for a while, named ‘Holographic Garden’. since then, we knew what we had to do: to have a small-talk about melodies, the movie ‘Blade Runner’ & the meaning behind ‘FSOL’.
sounds interestin’? it hell is. shall we start? we shall do:

as usual, as we start with our interviews with an ‘hello’, we’d like to welcome you here. it has been a pleasure to have this opportunity to have a little chat. since you were tellin’ us that you were busy on workin’ on your projects, we may keep shorter than we usually do. but, just in case, if someone might never heard from you, would you mind of doin’ a brief introduction?
sure, my name is ‘NEW FEAR’. i’m a producer & dj from minsk, belarus, but currently living in bulgaria.

let’s get straight to the first question. and guess what, folks, it’s about music. as most of us came in touch with the aural panacea pretty early in our lives, we’d like to know if that applies here too? how did all this has started? the music progress, the production, your perception on music, how did it happen?
well, one of my first attempts in music production were the extension of my acquaintance with the computer, which was around fourteen years ago. as i was there still a kid, i didn’t take it that seriously. just doing, trying out new things & happily music production was one of them.

we’re glad that you have started pretty early with it. talkin’ about music in general, are you listenin’ to the same style of music that you create? or something else…? checkin’ daily the newest releases?
i don’t often listen to new releases. not that im not into it, yet i’m more into listen to my personal chart list, over & over again…

give us a hint, how that list does sound like?
well, one of the artists that they’re on the top of my favourite’s, is definitely ‘FSOL’ (solar edit: that is the abbreviation for ‘The Future Sound Of London’, more infos about them comes below). since i have stumbled over their music, it has been part of my daily routine to listen to their sounds. then, some hip hop here and calm music there.

is there something you try to convey while writing your projects? specific situations, salient moments or just a mere feeling that can’t be expressed by words?
it really differs from time to time. if i’m working on a dance track, i do not even think about what i want to convey. if there is something to convey then this might be the good feeling that let your body move…

but, if in case, you would make something that you’re emotionally attached to it…?
lately, i gravitate to music, which can be build around the melody & sound design in general. it’s like that specific imagines appear in my mind. sometimes it’s not an image, more like a mood, a feeling. i have to say that it’s hard for me to describe that in words. i just use these to inspire myself.

does the way that you write music also applies to the way that you perform? how do you get in the mood for that? with an emotional ritual or …?
since i currently do only DJ sets, there is nothing fancy to say about rituals. just the usual order that every dj has: i just arrive to the venue, unpack my stuff, start the set, finish it, get my things together & leave.

that makes sense. talkin’ about unpackin’ your stuff, are you usin’ a specific gear for the sets or just mere cd-players?
as i mostly work with ‘Ableton Live’, i also play sets with it. just a computer with a mere MIDI-controller (in this case the ‘APC40’ from ‘AKAI’) let’s focus on some things that has happened around a while ago. one of these things has got our attention on you & your work: the ‘Holographic Garden’-extended play. we’d like to know what kind of meaning does the extended play have? because in comparison with your former releases, it just sounds a slight different. not that that different must always be a bad thing…
i really started to like cyberpunk since the middle school. (solar edit: the term ‘cyberpunk’, which a portmanteau from the words ‘cyber’ & ‘punk’, represents a sub genre of science fiction, where the whole action is set in a dystopian universe. appearin’ around the 80’s, the complex can be seen as rigid, filthy version of the usual sci-fi-world: an utopia, where everything is connected to everything & technology is on its peak.) 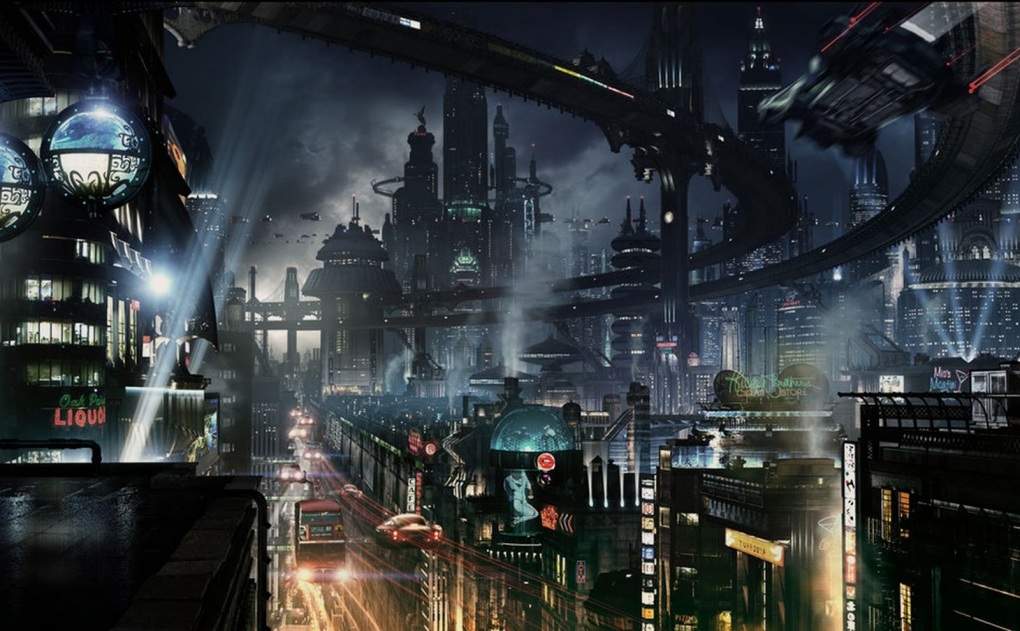 the whole extended play has been my first attempt to go in this direction. to do something that can be connected with it. as my main inspirations came from

i believe that the ‘Holographic Garden’, the way of its sounding & concept, can be seen as something that you find in a classical cyberpunk universe.

talkin’ about goin’ directions, was it all yourself that formed you in what you are as a person right now? was there a specific person that guided & taught you something that still influences your art & surroundings?
that can be definitely my father. when i was a kid, he taught me everything about drawing. it was something that i really did enjoy & still do. i think that it is the creative process on it that is bringing up the joy. something to create & see.

oh, we see. the creative process is in general such a beautiful thing that can not be fathomed. sometimes it can be frustatin’, sometimes relievin’. to focus more on the process, is there one specific release that we need to concentrate on? one song that is the crucial part of a record or a salient record in general?
as i have already released two extended plays around three years ago, there has been a collaboration with producer ‘DEECH’, who is also from my native city, minsk. we did publish an extended play together called ‘Time Pass/Hello Ghetto’ on new york-based label ‘Loveless Records’ just around a year ago.

lovely, lovely. we’d like to throw out some keywords, and if you want, you can give us a short yes or no as an answer, or a subtle hint, ok? the keywords are: ‘NEW FEAR’ ‘Future’ ‘Dreams’ ‘Release’ ‘Ideas’ ‘Input ’ & ‘Infos’…?
yes, i can give some infos. during the last week, i finished the writing process on my upcoming record. that will be out, as soon as i have fixed everything.

more keywords: ‘extended play’ ‘future’ ‘sounds’ ‘way of sounding’ ‘hint’ ‘hint’…?
as far as i can tell that my upcoming release will quite sound like as my last one: ‘Holographic Garden’ did. something that can be part of the same universe & complex. but before you start to imagine, just wait until it’s finally out.

last key words: ‘music for living’ ‘reality’ or ‘utopia’?
reality. i hope so that it is 🙂

ok, before we’re finished & goin’ to start to eagerly wait for the the new ep, we’d like to know if, let’ say in the near future, there is one artist that you want to work with, maybe to create the reprise of the ‘Holographic Garden’ or something waaaaaay different?
yes, there is one:‘FSOL’ (solar edit: ‘The Future Sound of London’ is a british electronica music band, who are often credited with pushing the boundaries of electronic music experimentation and of pioneering a new era of dance music.)

that has been the official part of the interview, yet as we’d like to show the ‘human side’, we did allow to add a section into the section (oh hell, that sounds like something created by the illuminati, huh?), which we just named: ‘Solar’s R/Vapid Ten’. this sec-into-section contains vapid questions, which can be answered by the interviewed artist voluntarily.

i would not be a musician, if…
i haven’t played Music2000 on the PSOne. 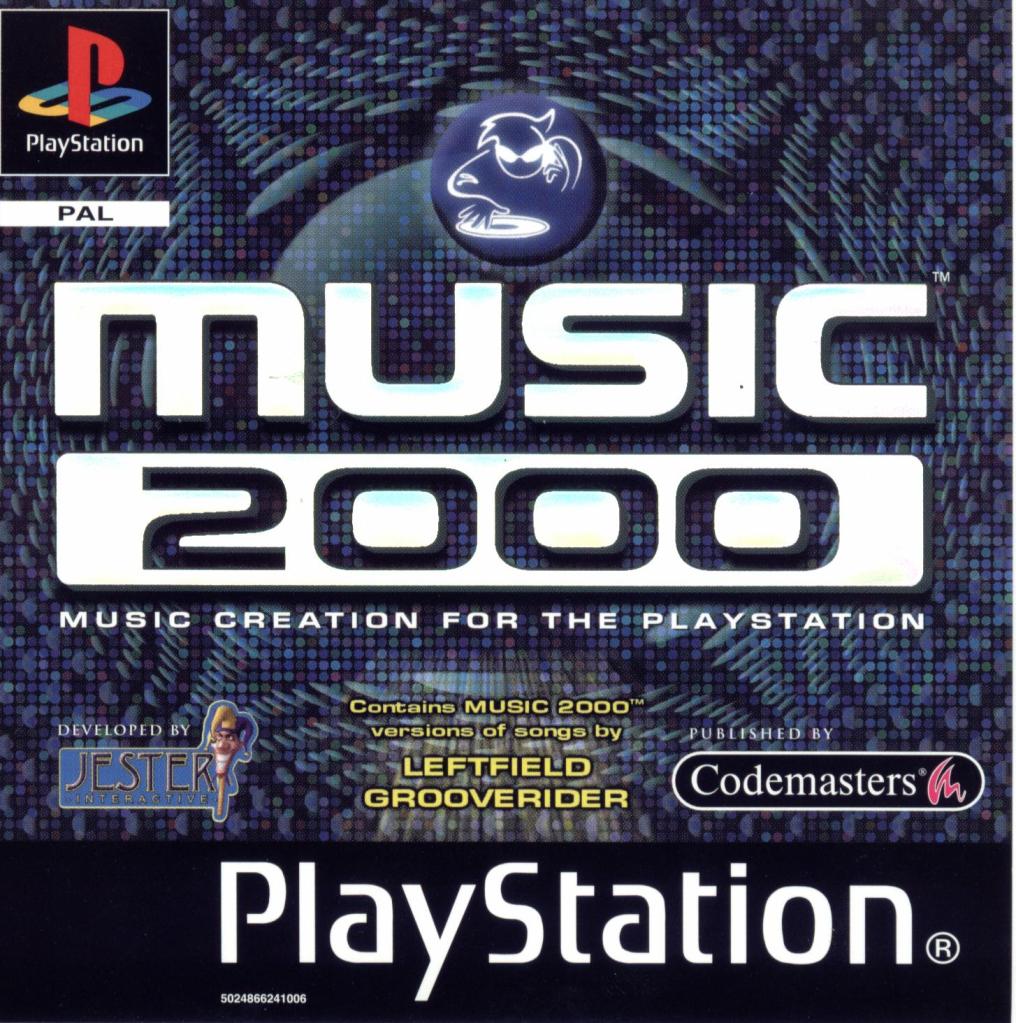 if i would start right now with the music…,
i would watch every tutorial on youtube before even open a DAW.

shout out to ‘NEW FEAR’, ‘Harrison Ford’, the gents from ‘CVLT’, the people from ‘Loveless’ & of course, the maker & full-time virtuoso ‘DEECH’ for all the hard work & dedication that can be seen & heard in every piece that we have stumbled over during the last few weeks. it has been a pleasure & definitely won’t be the last that our paths have crossed each other’s.