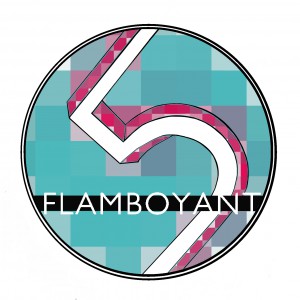 it’s 10:15 am on central european standard time, a little earlier in the us, a terse later for our friends in japan & australia. it’s freezin’ cold, ice cold, like you probably shouldn’t stay longer outside with your underwear, otherwise you’ll get a cold, or to say it in granny’s pov: freeeeze to death.
survivin’ the cold, brings up the next issue you have to worry about: the calefaction. we don’t know if that is karma, but we guess it is, in its purest-instant form. focusin’ on impedin’ to drool, the next problem occurs: the thirst.
the thirst for water, the desire to get your sh*t together, the eagerness to make this intro less awkward than it actually is.
yet, as this might be the perfect moment to make a transition on episode number eighty-nine, the next thing happens: soundcloud is doin’ what it can do the best – penetratin’ your jauntiness with its buggy illuminati absurdities.
people, we just wanna talk about music, just make this work again. don’t show us the frigid error again & again, we had a tough day already. this is one of these moments where we asks ourselves what would kevin bacon do? probably nothing or something? we’ll let your fantasy do the rest. never mind, let’s do this anyway. gatherin’ some jams that made their way to us, we knew what we had to do: share it with your shadow.
episode number eighty-nine, we’re happy to show the audience your beauty:

you know, it is always a pleasure to check out the recent releases of this girl here. not only that it is a pleasure to see her evolvement from the last couple months to now, it’s the passion, her dedication that is goin’ to encompass you.
yes, people, we’re talkin’ about full-time virtuoso ‘Luminance’ & her latest jam ‘For You.’.
the girl that sure does not disappoint with every new release, made something special this time. this one is for you, for us, for them, for everyone else that might need a piece to hear. as music tends to be the best way to make your most terrible day into your best, we’d like to invite you to listen to this aural panacea.
whether if we would accentuate the succulent bass line, the adept usage of the acapella chops or the salubrious synth composition, Madison did the thing that she can do: rivet your body & soul by mere seconds.
if you still did not manage to check out her discography, then you probably should do it now.

what makes your day better than check out yet another gifted musician from the land with the sheer endless stream of creativity? nothing, maybe green tea? nah.
back again to the main topic: yes, we’re talkin’ (fortunately again) about australia, or better said, its inhabitants, the ingenious aussies.
during the last few weeks, it was an exception that there would an article without any aussie influence. but why? well, they know what artistry is about.
with the versatility that is incomparable with any other country, it was no wonder that we would end up featurin’ a recently discovered talent whose path we have crossed lately.
sydney-based singer-songwriter ‘CZAR’ is a name that you should write down. whether if it is about lyricism, the melo composition or the whole arrangement in general, it’s the gesamtkunstwerk named ‘Dust’ that got our attention. the piece that shows you a glimpse of her aptitude, really lets you start to drool over your table. it’s the sheer lust that is cravin’ for new cynosures, we can already feel that we’re not goin’ wait too long to hear more in the near future.
in the meanwhile, be sure to add ‘Dust’ on your playlist on the go.

ever heard from ‘nadiak’? no, what a shame. but you’re not alone. we’re in the same boat. as we were perusin’ the internet for beatmakers, we always got this catchy moniker as a suggestion. and by decidin’ to follow our intuition, we finally made it on his site.
based in indianapolis, the man with the knack to create a crisp set of drums in every instrumental that we heard so far, really made our decision to put him on the list so, so easy.
there are not many artists outside, where you think that you really need to write his/her/their name on your list of those ones to watch over after some seconds.
but if this might not have fully convinced you yet, why don’t you check out this stunning piece here, named ‘Glass’? bein’ released around some weeks ago, you can catch a glimpse of what we were tryin’ to convey.
as we tend to say that music can say more than thousand words, do us, yourself & your uncle a favour by checkin’ out this gem. don’t forget to press follow, because there is more to hear in the near future.

ok people, the next piece on the list is called ‘Salanfe’. its progenitor is one of its own kind. but why?
by creatin’ an innovative way of electronica, named ‘rococo electronic’, the paris-based artist ‘TALLISKER’ does know what she has to do to make you & you curious.
with the sheer endless level of inquisitiveness, we had to do what we had to do. and booooom, we did not regret that step.
wadin’ through the versatile discography, we made a stop over the aforementioned piece. with ambient influences, fused with a pinch of electronica, we were forced to put this one here on this episode.
and by re-hearin’ the piece, it put us even a bigger smile than before. such a lovely piece. we personally believe that this one might be one of our current favourites that we have found so far.
talkin’ about that, we’d like to invite you to check out this fascinating musician with the catchy moniker, put her on your watch-list, add parts of the discography on your playlist & go hikin’.

last piece is from this artist here that sure knows what it means to grow up under a panoply of influences. with the chinese & french culture around him, it sure was no wonder that we would somehow stumble over this talented bloke here. the man, whose moniker caused us so many troubles (just because of its proper pronunciation), the guy with a knack to merge cultivation with innovation, yes folks, we’re talkin’ (forgive us for this iniquity) about paris-based artist ‘SŪN JÙN’.
happily bumblin’ over this chinese post crooner, we were intrigued by the sheer dedication to amalgamate his heritage with influences from alt. pop, electronica & indie. as we’d like to use the term of avant-gardism, it would be unfair to be not more precisely. and this where we’d like to present you this piece of pulchritude here.
by exchangin’ ideas, conceptions, perceptions on the aural world, we were so happy to check out this stunning record that goes under the name ‘Ash’, where he colluded artistically & personally with the paris-citizen & kazakh-native singer-songwriter ‘Geneva Arystan’.
we have to say, this is so alluring. whether if we would accentuate the synth composition or the mellifluous intonations, the stress level was below zero after we finished to hear this utopian folklore. merci beaucoup, nous avons savouré de cette expérience magnifique.

be sure to check all the updates of the artists, their posts on facebook, like their pictures on twitter, give them a follow, a hug to their labels & don’t forget to eat some vegetables. ok bye.